POEM – A BEAUTIFUL SMILE BUT AN EMPTY SOUL

Believe it or not, with heights of ignorance and blessings in the form of miracles, I got to know I was pregnant only after my first trimester, despite my contraceptive device. I had done almost everything I was not supposed to during those initial three months. I had also just started living my life and doing things that I loved. My daughter was old enough and did not need me for every little thing. Of course, I had to entertain her, as she had no sibling to bug, and we were more like sticky friends who communicated well.

My second and third trimesters crawled. I was getting impatient but simultaneously did not want to think of the delivery day. It is believed that if you have had a baby through a caesarean the first time, it will always be a caesarean thereafter. I remembered the pain and embarrassment of my first caesarean section and dreaded it. As it had been four years since, my gynaecologist gave me the opportunity to make a choice to opt for either kind of delivery. So, I hesitantly chose to go for the normal delivery as I was ready to try anything that I could to avoid the excruciating pain associated with the caesarean section.

Early one morning, when the skies were still navy blue, my water broke. Initially, I was confused because this was the first time this happened, so I called my doctor about it. She explained well and asked me to meet her at the hospital in two hours. A couple of hours later, after a relaxing warm bath and my mom stuffing a couple of bananas down my throat, my husband and I strolled into the birthing center and got myself admitted. I was sent to the labour room where I was subjected to bouts of pain with needles, suppositories and internal examinations.

There were no contraction pains until a little after noon, so they induced it. As soon as the labour pain began, I was given an epidural as it was already nine hours since my water bag had broken. I endured pain for half an hour until I was given another dose of the epidural anesthesia which numbed me completely below the waist.

Finally, when my cervix had dilated to eight centimetres, it was time. Doctors, nurses and my husband were all ready for me to push though I wasn’t sure if I was. I was asked to yank my thighs towards my body and push with all my might. I could not feel my legs. Due to the epidural, I could not feel anything inside my body but I tried to follow my doctor’s instructions. I pushed and pushed with all the strength I could muster from my anesthetized lower body. But, several tries later, still nothing happened.

With the pressure of the pushing, I began to feel exhausted and uneasy. The last solid foods given to me were bananas, by my mother, more than ten hours ago. Suddenly, I asked for a bowl and began throwing up continuously. When I was done, I saw everyone laughing in the labour room, including my husband. Annoyed and confused, I gave them a frowning look. Just then I saw my baby in my doctor’s hand. It was a boy who, while I puked, automatically popped out with the pressure of my unsettled stomach. I smiled. I was relieved it was over and I could relax.

After my doctor stitched me up like a tailor doing some heavy embroidery, I was glad I didn’t have to walk around holding the lower part of my stomach like I did after my caesarean delivery. I could sit comfortably and walk easily. I did, of course, endure the slight aches and pains which are normal after your body has gone through an ordeal. But this was way better and tolerable. 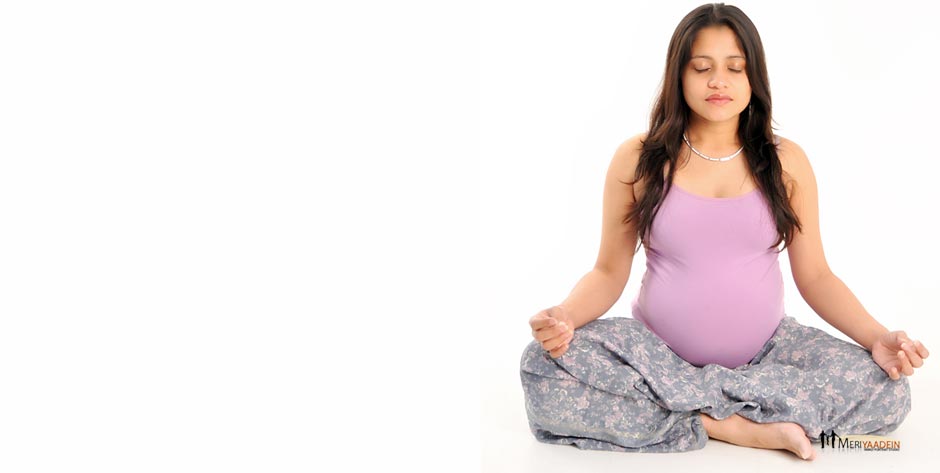 Busting all myths around me

My delivery was called a Vaginal Birth After Caesarean (VBAC). This was something that was unheard of as I was told by everyone that I was surely having a caesarean. The fact is that after a caesarean, within two years, there is a high risk of uterine rupture in case the operated portion and stitches have not healed completely. In other words, there are chances that the previous stitches and uterus could tear open with the pressure of pushing the baby out. After twenty-four months, the risk lowers, yet the doctor in charge of the delivery still needs to be ready to perform an emergency caesarean in case of sudden ruptures or complications during the delivery. The doctor has to be a good and experienced one.

Personally, I felt that as compared to a caesarean, vaginal delivery was a cake-walk. It involved no surgery, less time in the hospital, almost no pain and faster return to my daily activities. Despite my experiences with both deliveries, I would any day choose a normal delivery though it is scary to think of pushing something out of my vagina again.

Having given my views and experiences here, I humbly request each of you to first research on suitable options and discuss with your gynaecologist before you take a decision. 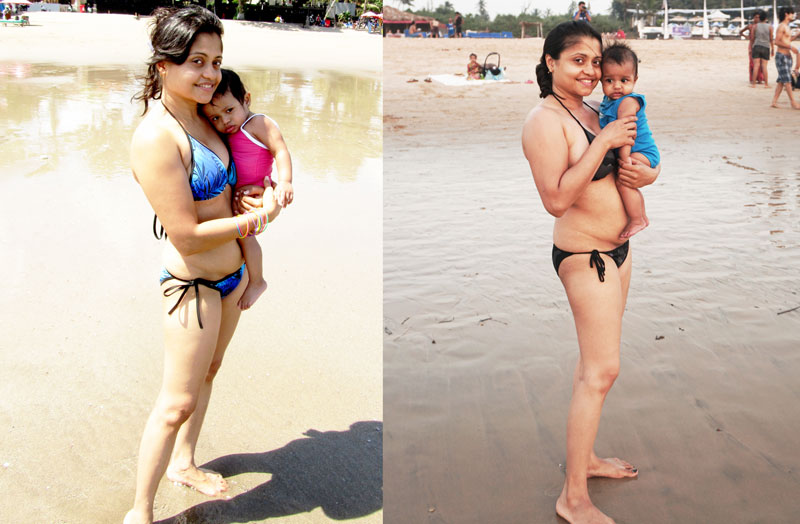 Can you identify which of the above photos is after a caesarean and which was after a normal? The left is after my first delivery. However you deliver, you will still love your child no matter what and you will still be a loving mother, irrespective of what people say. So, all the best, be smart and feel confident!

#LetsBlogwithPri is a Blog Train hosted by Prisha Lalwani, Author at Mummasaurus. I wholeheartedly thank Romila Rawat Negi, Author at Mama R Feels, for introducing me in her blog about a father’s thoughts on pregnancy and babies. Also, I would like to introduce Sneha Jubin, Author at It’s a Twinning Story. Do read her blog on sleep benefits and tips.