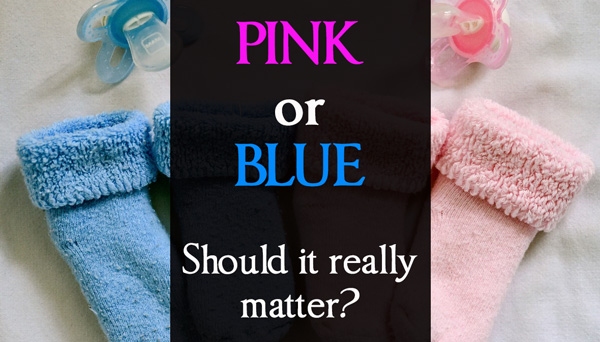 The inspiration to write this blog post came when I went for a sonography and found that it was against the law for the doctor to reveal to me about the gender of my foetus. According to sources, this law was passed after a decision was taken to specifically avoid the increasing number of female foeticide in India. It eventually led to an increase in the number of Indian women in the country.

A few of us may love to accept the surprises in the labour room, but many of us would love to prepare ourselves before our angels arrive. We would also like to paint rooms and buy necessities accordingly, so the above mentioned law is quite infuriating for some of us. Like we do not have enough anxiety for 9 months, we are forced to live in suspense too!

Even if a few of these saved foetuses grow up into intelligent young women, the rest are still undermined, abused and thrown on the side of the road. Many a times, the parents or in-laws dump the female new-born babies in trash cans or leave them near the drains. Isn’t this totally inhumane and brutal?

It irks me to think that some husbands are also heartless enough to force their wives (who they happily marry) to abort or get rid of their new born girl child without thinking that their own mothers (who gave birth to them) are females too. There are also sad instances where the mother herself would get mentally tortured and murder her own child. This mostly happens due to the ancestral pressures of requiring her to have a male child in order to take the paternal name forward. But does that mean we are unwanted in this world? Boy or Girl… Pink or blue… why should it matter?

After analysing the above, does this law seem ethical legally just to keep sex ratios proportionate? Does the law against disclosing the sex of the foetus make the girl child any safer in their own homes? Is taking the family name forward more important than bringing up children with love and discipline?

Unreasonable abortions, of any gender, are illegal and a sin and there are many personalities (men and women) whom we would never have around had their mothers chosen to abort. But, is concealing the gender really a solution to protect female babies too?

Perhaps, after the gender is revealed, options like easy filing for adoption can be available to the women who want to part with their new born after giving birth. Just like the future, of our children, is protected by stem cell agencies today, likewise, the future of the undesirable children could be protected by well-guarded adoption agencies. If people opened their minds to such alternatives, maybe we could strive to make childless homes a little brighter too? Just thinking out loud here!

What do you think?