5 THINGS TO KNOW BEFORE YOU VISIT SNOW CITY IN BANGALORE, INDIA 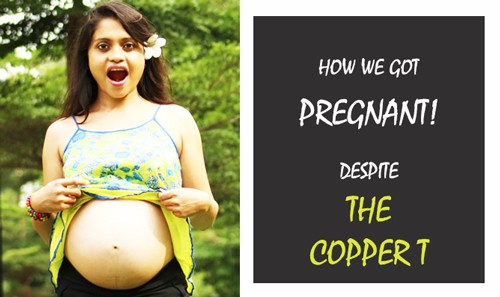 After our princess turned one, I was sure I wanted the device inserted because I was unable to handle the thought of getting pregnant anytime soon. My husband on the other hand was very hesitant but supported me, nevertheless. Though my first pregnancy was comfortable, I was very sure I did not want to go through another one just then. With my first delivery being a caesarean section, the pain was still fresh in my mind. Also, my daughter was a handful already, so, I couldn’t imagine having another baby chewing on me, crying in the night, disrupting my nap time and sticking to my body all day. I needed some freedom, mentally and physically. This is a feeling many of us, mothers, experience after delivery, don’t we?

Then, my daughter turned three (two years after the insertion of the intrauterine device) and she began to learn how to play by herself, sometimes. That gave me a chance to do what I wanted. I took an opportunity that came my way after years of wishing for it. Belly dancing, was something I wanted to learn ever since I first attended a Lebanese wedding back when I lived in the Gulf. So, I would pick my daughter from school and make her sit and have her lunch outside the class, while I learnt to move gracefully, twice a week. We all want to do something besides being a mother and wife, don’t we?

So, I got extremely busy with various things like dancing, driving my mother and daughter to various places and also walking my Labrador every single night, besides other errands and house chores. Slowly, I was beginning to get tired easily. Then, I had travelled with my daughter to Bombay by bus (17 hours journey) for my grandmother’s 81st birthday. After we were back, for the first time I had travelled alone to Namchi (12 hours journey) for training. On returning from the North, my family and I left to Goa for Christmas. Life was hectic and amazing!

But amidst all the fun and frolic, I realized that I was conveniently avoiding my self-imposed healthy diet and instead, grabbing whatever I could to satisfy my hunger. I checked my weight only to find that I had reduced even further by 2 kilograms. I was confused because I knew I could feel the excess intake of carbohydrates accumulating in my stomach. Further, curiosities lead my husband to buy me a home-pregnancy-test, though I was still in denial.

When the lines showed ‘positive’, I sat there, stumped! I was in a state of shock, confusion and stress. How could I be pregnant despite the birth control device? What happened? Where was it? How could it have disappeared from inside me? Had I lost my memory? What about my belly dance classes? And the biggest question! What about all the healthy eating and the sacrifices I had just made to reduce my post-partum belly? While all these questions were rummaging through my mind, my husband looked quite pleased with the good news.

A few days later, when we got to know I was already starting with my second trimester, I realized that the accumulation I felt in my stomach wasn’t due to the rice. There was a whole little foetus, swimming inside my womb, which I hadn’t known about. People say that a woman becomes a mother as soon as she realizes she’s pregnant. I don’t know how far it has been true because I think my husband became more of a father than I did a mother, when we realized we were going to be parents again. My husband was elated and almost cried with tears of joy while I was still trying to get myself to believe I was going to get another human out of me. He would blush every time someone wished us while I would forcefully smile and wonder if I was doing the right thing.

Of course, I soon got around and started to accept, and love, the fact that I was becoming a mother yet again. Thanks to my husband and his love for kids. I don’t know about all men, but some do have the ability to make even a mother feel motherly after knowing she is going to be a mother. Some men do embrace fatherhood more than many woman embrace motherhood. And just like some of us, mothers; the kind, gentle and loving fathers can also turn into the most powerful and the most relentless creatures you would ever know, if you ever bothered their families. Protectors, I call them.

About the Copper T, well, the doctors had mentioned that it was nowhere to be found in my uterus or in the adnexa. It wasn’t inside my baby either. That mystery of the missing device still remains unsolved to this day. My friends and family had a hearty laugh when I told them the story so I thought I should put down this incident somewhere within my articles.

Fast forward to this day: Yes, we have a boy now, and we cannot imagine life without him. You can read all about how he popped out here. He is a sweetheart till date, as opposed to what I had imagined a boy to be like. Perhaps, my little menace was sent against all odds to protect me and my family from some kind of evil. And, it will be incomplete if I don’t mention that he is very attached to my husband and his very first word was ‘dada’ at 5 months. My husband’s happiness knew no bounds but soon, our little prince said ‘mama’ too and we were both happy parents once again.

Has this happened to you, too? Have you gotten pregnant despite your precautions? How did you and your husband handle it? Was his reaction and feelings more like a parent than yours? Do share your story in the comments below and show the love by sharing this with friends and family!

#LetsBlogwithPri is a Blog Train hosted by Prisha Lalwani, Author at Mummasaurus. I wholeheartedly thank Kavita Singh, Author at Momtastic World, for introducing me in her blog about screen time for kids. Also, I would like to introduce Mahati Ramya, Author at Fantastic Feathers. Do read her blog on summer activities.