FOO REVIEW – DO YOU ENJOY THE AROMA OF COFFEE? TRY MCAFFEINE

MAKE-UP TO BOOST CONFIDENCE: 5 PRODUCTS YOU NEED IN YOUR BEAUTY KIT 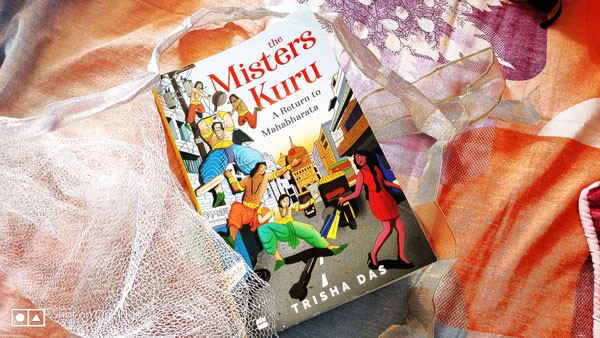 The cover was pretty interesting. As it was a cartoonish one, I felt that the author wanted to announce that the story should be read with an open mind as it contained light-hearted humour.

I’m not sure why Draupadi had decided on her surname being Kuru. But, the title was unique, which I admire above everything else.

I loved the English language used in the book. The choice of words was apt, so, if required, you can also read it to improve your vocabulary.

It was a fun read about Draupadi coming down from heaven to live on Earth with her mother-in-law. She has made an independent life for herself without the help of her husbands. But when the 5 husbands come down to take the wife and mother back to heaven, there is a lot of confusion. Some understand and want to help them with the school, some want them to get back and one found love on Earth. Despite the five connections, there is a love story around Draupadi and Arjun (one of the husbands). You should check out this story of what happens when one woman has 5 husbands in today’s times!

It was good that the Pandavas’ names were mentioned there in order, so that, someone like me, who is oblivious to the Mahabharata would at least understand the beginning of the story.

I found the font size, style as well as the paragraph spacing quite comfortable and easy to read.
The language used was intriguing. I did learn many new words.
The story was very entertaining.
When GT’s character was in action, I was actually reminded of Karan Johar. But, then I imagined those fashion designers in the Bollywood movies who spoke exactly like him (GT).
Enlightenment – I got to know that the Pandava brothers, that I had heard of when I was younger, are not all real brothers from the same set of parents. The twins were from the other wife. Oh, yeah, I wasn’t even aware that the last two Pandavas were twins.
Non-veg won! I could almost sniff the aroma of Bhima’s delicious mutton curry.
The story also hints at those influencers who have fake followers but have their heads high up in the clouds.
The story also shows us that some prostitutes are actually good people stuck in a vicious world.
The author described the rules of cricket and how it was to be played in simple terms. I had never paid attention when anyone tried explaining it to me before. I’m not a fan of sports.
The story subtly included the various hassles that the residents of India face or are subjected to.
It also reminds us that India is NOT a Hindu country. It is supposed to be a secular country flourishing with diversified cultures. So, the ban on certain meats, while cigarettes and alcohol flow freely, is totally uncalled for.
What Nakula thought of at the end of the story, I was thinking that the whole time I was reading it.

The story, sometimes, gives you a feeling that men could have multiple maidens around him to satisfy his sexual desires. And, women were only meant for that purpose. I mean because all this is supposedly happening in ‘heaven’.
Personally, I think that a person who is aware of the story of the Mahabharata would resonate with the words and phrases used and also enjoy it better. Like who was Amba and why was she excluded after the 3rd chapter? I did not understand things like Kalyug, dice game, Kauravas, swayamwara, forces of Mara, years in Exile, Great War, Hastinapura, etc. And, the biggest confusion of all – why was Arjun sharing his wife and marrying other women when he was clearly in love with Draupadi!?

I loved the way the author has let her imagination go wild and put the same into words. The book was a good read with modern day happenings and humour. I took around a week to finish it. I would definitely recommend it to those who know the story of the Mahabharata, because if not, you may have similar confusions as I did. Or you can just read the whole history of the Mahabharata and then read this book. Perhaps that would help, too. Enjoy!

This is a part of the Blogchatter Review Program.

Check out other books that I have read HERE. 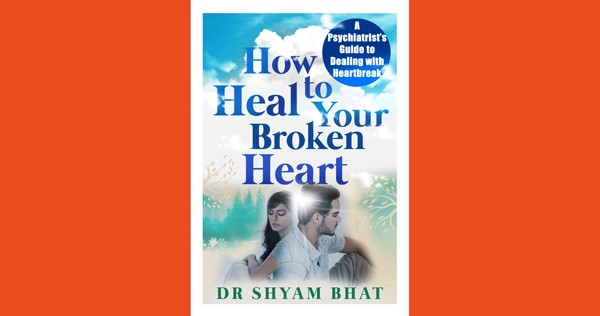 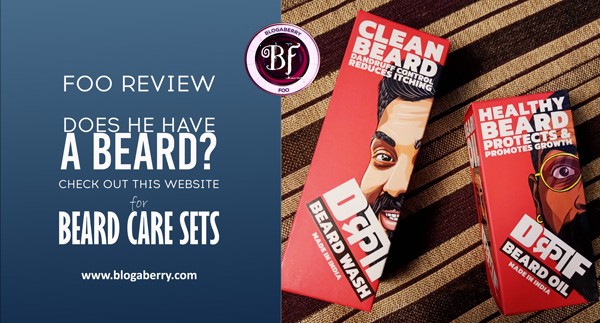 FOO REVIEW – DOES HE HAVE A BEARD? CHECK OUT THIS WEBSITE FOR BEARD CARE SETS