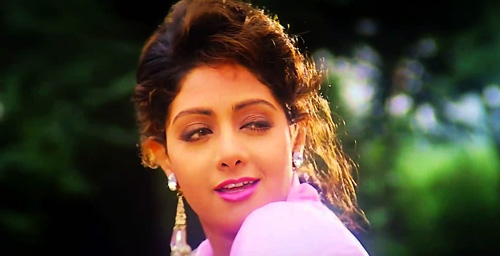 Ever since the morning of February 24, 2018, we have heard loads about the first female superstar, Sridevi aged 54, who was on-screen since the age of 4. Besides the shocking news itself, we have heard several causes of her sudden demise in Dubai. Suddenly, we have also heard various forms of how she loved or lived her life. We heard about all what she did with her body, to look good on screen for us. We have seen plenty and more of memories that she left behind for us. The television channels are playing her movies, continuously, not allowing us to move on from this unexpected passing.

I wasn’t a big fan of hers but I have watched her since I was a little girl. I have seen her various attires and the countless roles she has played. Despite her being known as the lady Amitabh Bachchan in the film industry, I still had others who I admired more than her. Having said that, I have watched almost all the movies that she has acted in. And now, she’s not going to be making movies anymore.

Sadly, a lot of people feel the urge to spread fake news and it becomes difficult to know what to believe, in today’s world, especially when the person is no more available to close the subject. Just the other day, some sadist tried to tell the world that Sylvester Stallone is no more. Years ago, I recall a bunch of disparity on the news of how Michael Jackson died and before that what Princess Diana was doing during the accident that took her life. The television reporters and people in general, have so much to say, though they may know just a gist of the matter. I think the news channels focus more on viewership than the truth now-a-days.

Coming back to our Bollywood queen – there are contradicting causes of her death, drowned in a bathtub, fell unconscious in the bathroom, cardiac arrest, husband was present, she was alone, etc. Whether she lost her life in a bath tub or on the floor, how can we prove the truth? Will Boney Kapoor come and tell us what exactly happened? Whether she was a simple reserved woman who came alive on screen or she was a party animal, how is it important now? Whether she was depressed and had a low self-esteem or she was a happy alcoholic, is this the time to be spreading word about it? How she brought up her children and what legacy she has left behind for them, who are we to be judging that? Are we all bringing up our children the perfect way, under her kind of circumstances?