While I was still finding my way to freedom, there were a lot of hurdles that made me question my own thinking. Was I thinking right? Or was I just a bad, bad person. Nevertheless, I did what my inner voice told me to do whether my brain thought it was right or not. Sometimes, the feeling of rejection would overpower my strength to follow my sixth sense but I followed it anyway! It has always proved to be the right thing to do.

A friend was married and happy. Everything went well until one day a big showdown made us run to his home. His wife had locked herself in the bedroom and he was a combination of furious and fearful. Having spent some quality time with her before, I volunteered to try and get in and talk to his wife. She was a wreck, not physically abused but mentally disturbed. I asked her to calm down and tell me what happened.

Apparently, she had begun hating his friends because not only did they keep their wives at home but somehow had a negative effect on her husband too. Where they were an independent couple giving each other sufficient space when required, my friend, unexpectedly, felt the sudden urge to rule her life and believe he had to ‘allow’ her to do what she wanted. I wondered whose spirit was haunting my friend.

Anyway, we came out of the bedroom to check what his side of the story was. He began talking loudly to scare his wife and ended saying that he allowed her to do plenty of things her way while his friends didn’t even allow their wives to do that much. He said she had to take an example of their neighbour’s wife who dutifully cooks and cleans the house each and every day despite teaching at a school nearby. Suddenly, words like ‘allow’, ‘friends’ and ‘example’, made my own blood boil so I took a deep breath before I began to speak to him calmly. I asked him if SHE was his friend’s wife or his. I asked him why he felt the need to compare her to anyone. I asked him whom he was comparing himself to. If this was the case, I could throw him a list of men who were helping their wives without being a male chauvinist pig about it.

This brought me to think about whom exactly we look up to? Do you compare yourself with a man who respects his wife and makes her feel special or with a man who puts his wife in a shell and expects her to be all happy (non-nagging) about it? Do you compare yourself to a huge unhealthy person just because you haven’t reached his weight and size yet or do you get yourself a trainer and train yourself to be a healthy and slim person (if you want to)? Do you look up to the so-called-cool guys who smoke and disrespect everyone around them or do you want to be a person who is eligible to be a role model? Do you want to be a woman who keeps complaining about her life and family every day or do you want to be the one who gets off their butts and does something about it?

I think that whatever situation we are in, at the end of the day, we have chosen it. Whether it is because of the pressure under parents, friends or love, we have rightfully chosen our paths for ourselves. So, instead of making someone else miserable because of our choices in life, why don’t we get off our asses and do something about it? When life gives you lemons, turn around and drink lemonade. Try and make your present situation sane for yourself. If you’re in a pathetic situation, find ways to reach the end of the tunnel. Comparing yourself to others will not get you anywhere. You would rather decide what and where you want to be in order to be content in life. Would you like to be rich and famous or rich and popular? Do you want to lose your fat or live with it until reality hits you in the face? Do you want people to love you or hate you? Look up to someone who makes you feel good because unless you feel good within, you will not be able to appreciate ANYONE else.

Many people say ‘for whom do you want to become slim now?’ Let me tell you that being slim or open minded or generous is not always about showing off your body, culture or wealth to the rest of the world. I personally aim at remaining slim, despite popping two little babies out of me, because I feel good and confident and it goes with my attitude. Just kidding! I want to be slim because I want to, for myself. I look up to a lady who gives a speech with confidence and also inspires you with her words. I look up to my mother, who has slogged all her life to bring up two kids without complains and, because without her I would not have been the person I am today. Don’t insult yourself by comparing yourself to others. Compete with yourself, not with others. Be yourself! Be you! 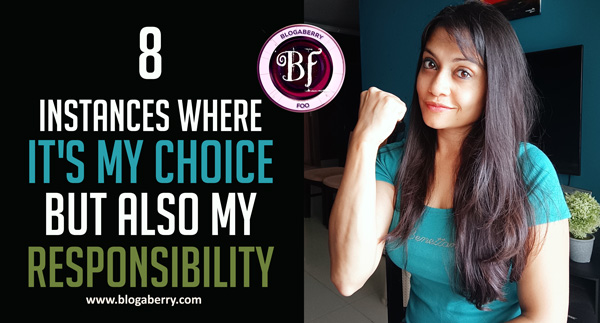