I had pestered Google quite a bit for information on the things I could do in Bhutan (despite the compiled itinerary by the organizer). I was extremely excited I was going on a trip, after two years, without the husband and children. Holidays with family are lovely but holidays, without them, are relaxing as well as exciting because you can live your single life once again. The plan was made for twenty of us (none of us know all) to enjoy in Bhutan for three nights, while six of us were to land there a day earlier and enjoy four (fortunately because of last minute flight bookings that were limited). 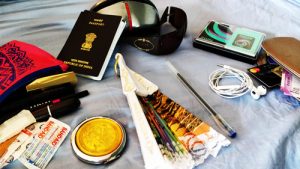 My daughter wasn’t too happy with my plan because now she’s old enough to understand that I’ll be away for a while, but I was ecstatic. Despite having no idea about how to commute in the land of the dragons, I had planned each hour carefully. I was ready again, after two years, to travel by myself; the last time being to Sikkim.

I left home to catch the domestic flight to Delhi because that was where we would all meet and fly to Bhutan. Little did I know that my flight from Bangalore would be delayed for more than two hours due to the morning fog. Mentally, I was stressed by the end of the first hour and by the time I landed in Delhi, I had an excruciating pain around the nerves at the back of my neck.

Anyway, after landing, I had to wait for my luggage, which was one suitcase and it came out last. My friends were already boarding the flight to Bhutan so there was no way I could check in and catch the flight on the second floor. Dejected and exhausted, I burst into tears. I had run back and forth so many times that my mouth was dry. With no fault of mine, I had actually missed a flight. 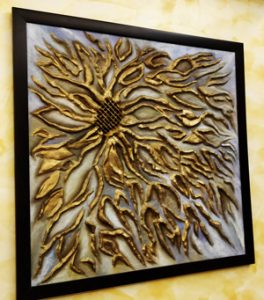 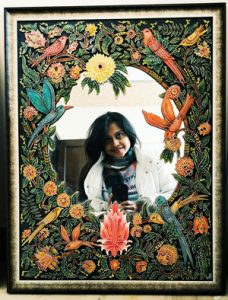 I wasn’t allowed to exit the airport without a Druk Air official escorting me out. So, fifteen minutes later, I was on my way to an acquaintance’s house. Luckily, a part of the remaining girls were in Delhi so I met them too. My hubby told me to visit the Red Fort and Qutub Minar but after Googling their whereabouts, I fell asleep for five hours, thereby compensating the sleep deprived nights I’ve been through since my son was born. Later, I chatted with my new friend and found a connection. Besides thinking alike, I found that she was an amazing artist and her paintings amazed me.

Other things to do when your flight is delayed a bit.

Next day, our flight to Bhutan was delayed (like that couldn’t happen the day before) and we missed out on quite a bit of the itinerary too. I did not even get a refund for the missed flight. What was the bright side of this story?

I always believe in looking on the bright side of things however horrible it may be, especially when you can do nothing about it. It sucks but then, we have to move on now, don’t we? Anything you would like to share on similar lines? Write to me at [email protected] and, if it’s good content, you may get published. All the best!