6 CAUSES OF HOW OUR BODY FAT ACCUMULATES 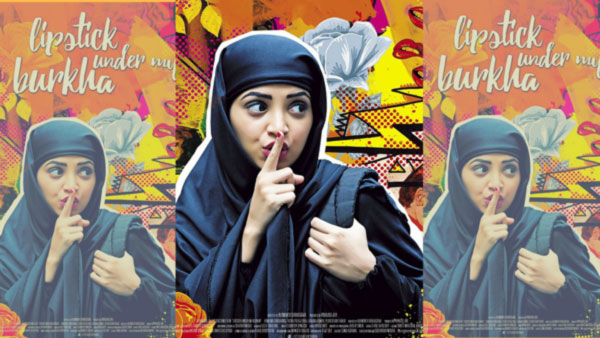 We girls wanted to get out for a movie night. After a little planning, everyone said yes and all thirteen of us went for the movie ‘Lipstick Under My Burkha’ in two cars. While waiting for the doors of the theatre to open, we clicked a lot of selfies and made purchases to satisfy our hunger pangs. Little did we know that this was the only time we would all be happy that we drove 12 kilometers to watch this movie. I wasn’t sure what it was that the director wanted to convey so let me go back and rethink what all was shown and then analyse how the movie could have, or should have, ended. Needless to say, we all loved the title.

So, after musing ourselves with the Hindi version of Mills and Boons that we never knew existed, we waited for the story to build up. In the beginning we were lost and wondered who exactly Rosy was. There was Rosy number 1 who wanted to be a rockstar instead of the tailor that she was forced to be in her father’s shop. Rosy number 2 wanted to have sex with her boyfriend but was getting engaged to someone else under family pressure. Rosy number 3 was a supposedly forced to have sex every night once her husband came back from Saudi Arabia. She wanted to be a saleswoman. Rosy number 4 made us laugh because she was an old woman who wanted to learn to swim because of the instructor who had a sexy physique. Basically, Rosy was any one of us.

Throughout the movie, the situations in their lives kept repeating like they wanted us to remember something before they got on to something else. All of them planned to change their lives for the better but every single plan backfired. They then land up sitting together laughing at each other and sharing a cigarette. I wasn’t sure if the cigarette was the hero. Are we supposed to have dreams and not follow them? Or are telling us stories of girls who did not follow their dreams?

What about the guy who supposedly ‘made’ the cool girl pregnant? She did not slap him or even tell him about it instead she decided to somehow get Rosy number 1 arrested for shoplifting because he started hanging out with her. Rosy number 3 was gracefully raped by her husband because she got the best saleswoman award and was offered a job with a good pay-scale. What happened after that? Did she abide by the rules of her husband to quit and stay at home ‘quietly’ or did she go to work despite the uninterested love-making every night? Was I asleep in the middle of the movie?

We do not go to the theatre to watch our own situations and come back with a question on how to deal with it. We need encouragement to handle the situation or think beyond the mess we are in. Even if we cannot, we would like to watch movies that show positive endings of some kind or perhaps a story with a satisfying end. This movie was just showing us repeat telecasts of the atrocious situations of women and how they get into a deeper mess when they try to follow their dreams. When the movie abruptly ended, we were staring at the screen wondering why the lights came on! Seriously, if you haven’t watched it, you have saved a couple of hours doing something more productive, even snoozing.